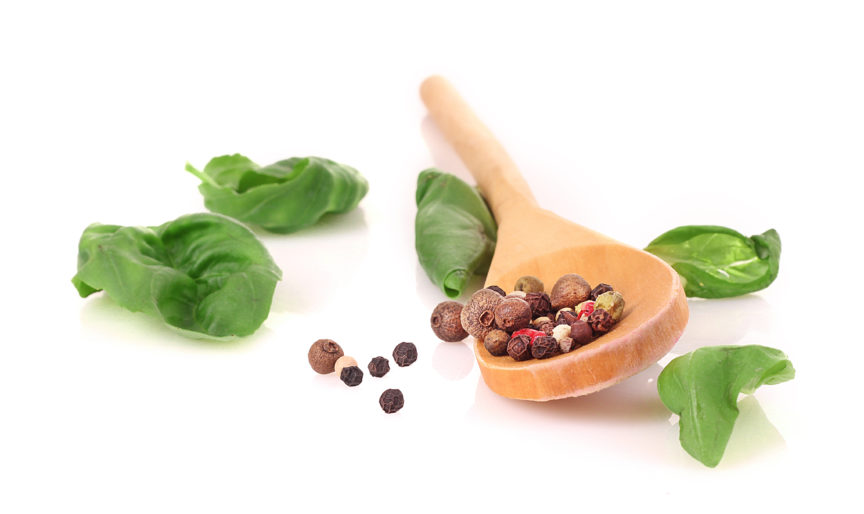 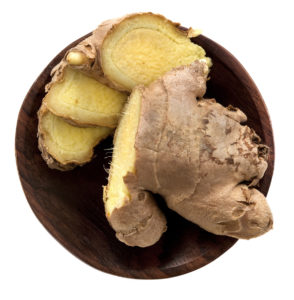 Sometimes the best thing about counting carbohydrates is knowing when you don’t have to count anything at all. Some of the best things in life are free, as they say. Using spices can mean that you can get some great cheap thrills – light on the wallet, with no affect on your blood sugars either. Not eaten alone, of course, these tend to be added onto your food, which might be a carbohydrate, but if you think it through, great taste can distract you from high-sugar or high-fat foods. And once you get the hang of them (or if you already have), you’ll go searching for more flavours to tickle your taste buds.

Spices quite literally make the world go round – in trade, in taste and in fashion. We start with the world’s favourite spice – black pepper.

Peppercorns are the dried berries of a flowering vine and were native to South India, but are now cultivated in other areas of the world. It’s one of the oldest and most popular spices in the world. It has been used in Indian cooking since at least 2000 BC. Initially used as a form of money to trade with, Europeans went in search of routes to India in order to find peppercorns, and consequently parts of Asia and America were colonised. Picked from the vine when they are green, peppercorns are dried in the sun until they turn black and have a warm and intense spicy flavour. 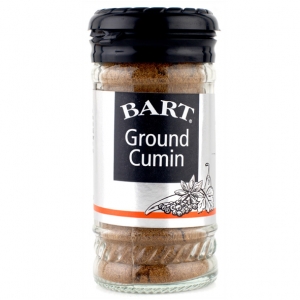 The next most popular spice on a global scale is cumin, the seeds of which are from a plant related to the parsley family. Having originated in Iran and the Mediterranean, the Romans used cumin as a food seasoning, much like salt and pepper. During the Middle Ages, cumin became less popular in Europe, but has since had a revival. Today it’s the second most popular spice in the world, beaten only by black pepper.  With a warm aroma and a strong earthy, nutty and slightly bitter flavour, as well as being used in recipes on it’s own, cumin is an essential ingredient in curry powders and other blends such as baharat. It is also one of the main ingredients in authentic Mexican guacamole.

When talking about blends, there are a few that may be less familiar than others. Most of us have a jar of masala in a cupboard somewhere, but baharat is of Middle Eastern origin – the word baharat simply means ‘spice’ in Arabic. The blend is a cornucopia of flavours, containing paprika, coriander, black pepper, cumin, cinnamon, cayenne, cloves, nutmeg and cardamon. It can be used as a seasoning in dishes, a rub on meats or mixed with a little olive oil to make a marinade. Baharat is traditionally used with lamb, but works well with fish, chicken, beef and mixed into tomato based sauces. For a simple fix, mix with butter to baste chicken before roasting. 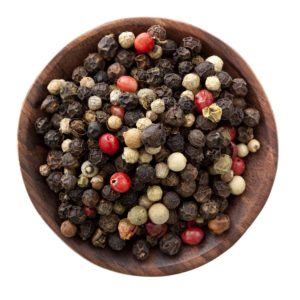 Spicy, simple and tasty – many of these ingredients come in little pots at the supermarket costing less than £2. And they can last forever (though you’re meant to buy fresh ones frequently). Get stuck in, this is a journey that can take you around the world and back again at very little cost.

NUTRITION: Because they are used in small quantities, spices are virtually carb-free

Food features and recipes like this appear in the Desang Diabetes Magazine, our free-to-receive digital journal. We cover diabetes news, diabetes ‘kit’ and information on food suitable for maintaining good blood glucose control or a diabetic diet, including a regular Making Carbs Count column. It’s free! Go to the top of this page to sign up – we just need your email address. See current and past issues at