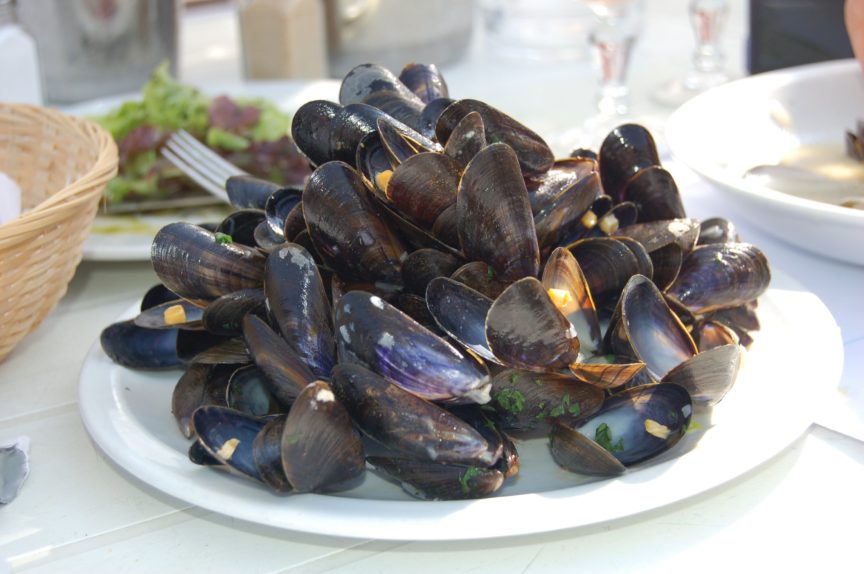 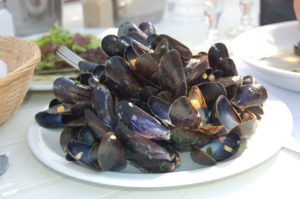 You might be surprised to know that shellfish are low in fat (especially low in saturated fat), contain the omega-3 fatty acids, are excellent protein sources, and are especially good sources of iron, zinc, copper and vitamin B-12.

As defined on Wikipedia, ‘shellfish’ is a culinary and fisheries term for ‘exoskeleton-bearing aquatic invertebrates used as food, including various species of molluscs, crustaceans, and echinoderms’.  It’s what the rest of us would think of as prawns (or shrimp), crayfish, lobster, crab, scallops, oysters, mussels, and less obviously squid and octopus.

After our lead feature in the last issue on the benefits of omega-3 oils in the diet, it’s interested to know that the Shellfish Association of Great Britain has a report which shows that shellfish are equally full of omega-3 fatty acids as well as containing other benefits.

“There is a lot of evidence that is given out by health professionals that is not correct,” said Dr Tim Pickerell, director of the Shellfish Association of Great Britain (SAGB), back in 2010. As many results of studies looking into the benefits of shellfish are highly technical, the association has published its own report to address the needs of the public, policy advisors and decision makers. In the SAGB study they acted to address the inequality by carrying out a comprehensive review of all the health benefits of eating shellfish to produce an easy to understand guide for consumers.

The report shows that shellfish are among the best possible dietary source of protein, containing as much protein per 100g as meat, and the protein content is high in essential amino acids and is highly digestible because of the lack of connective tissue. 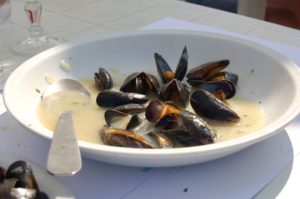 As well as the amino acids – some shellfish have nine – brown crab, mussels and oysters also have long chain omega-3 fatty acids, which are good for heart health and are comparable to those found in fin fish such as salmon. The report shows that crab, oysters, mussels and squid only come below herring and mackerel for their omega-3 fatty acid content.

Shellfish are also low in fat and calories. A dozen oysters contains less than 100 calories and only 0.2g of saturated fat. Most shellfish are lest than 5% with many varieties having less than 1% fat. The report also shows that shellfish are a good source of trace minerals such copper, iodine and zinc. Cockles, oysters and mussels also contain iron, while crab, octopus, squid, lobster, shrimps and mussels also contain selenium. Most shellfish also have 10% of the recommended daily amount of potassium in every 100g.

Finally, the report shows that oysters contain vitamin A, prawns vitamin E and shellfish are also a good source of the B compound vitamins.

At the time Dr Pickerell set out to dispel some of the advice that has been given out in the past by nutritionists that he pointed out was either incorrect or out of date, including the concerns for pregnant women eating cooked shellfish and the fears of the cholesterol content of shellfish.

“Shellfish do contain cholesterol, but it is the saturated fat content that is more important,” he said. “Eating prawns does not raise your blood cholesterol.” 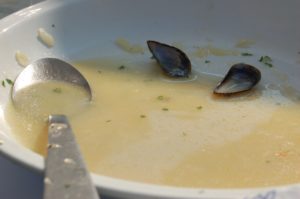 All other shellfish had a green light for fat and sugar content.

In all the UK catches and grows 140,000 tonnes of shellfish a year although 106,400 tonnes are exported -– 76 %of production -–  and most of the exports go to France and Continental Europe. Shellfish accounts for a third of all sea food that is landed and half the value of the catch.

See more at The Fish Site.

The importance of vitamin B-12

Vitamin B-12 (Cobalamin) is a water-soluble vitamin with a key role in the normal functioning of the brain and nervous system and for the formation of blood. It is one of the eight B vitamins.

Neither fungi, plants, nor animals (including humans) are capable of producing vitamin B-12. Only bacteria and archaea have the enzymes required for its synthesis, although many foods are a natural source of B12 because of bacterial symbiosis. The vitamin is the largest and most structurally complicated vitamin and can be 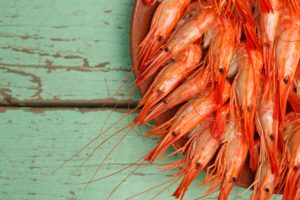 produced industrially only through bacterial fermentation-synthesis.

A slight deficiency of vitamin B-12 can lead to anemia, fatigue, mania, and depression, while a long term deficiency can cause permanent damage to the brain and central nervous system. Vitamin B12 can only be manufactured by bacteria and can only be found naturally in animal products, however, synthetic forms are widely available and added to many foods like cereals.

There has been some coverage of the possibility that type 2 diabetics on Metformin are at risk of Vitamin B-12 deficiency.

Vitamin B-12 is found in most animal derived foods, including fish and shellfish, meat (especially liver), poultry, eggs, milk, and milk products.

Shellfish can pack a real punch of Vitamin B-12. For example, a 100g serving of cooked mussels contains 400% of your RDA of vitamin B-12. 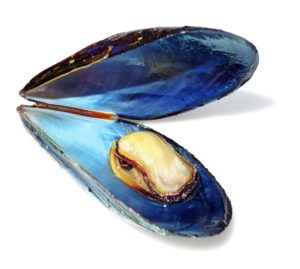 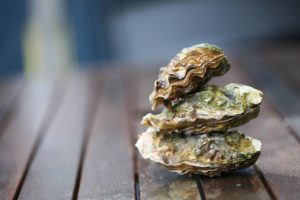 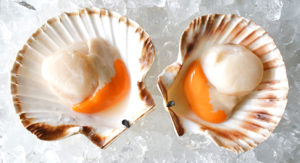 Food features and recipes like this appear in the Desang Diabetes Magazine, our free-to-receive digital journal. We cover diabetes news, diabetes ‘kit’ and information on food suitable for maintaining good blood glucose control or a diabetic diet, including a regular Making Carbs Count column.

For Email Marketing you can trust.