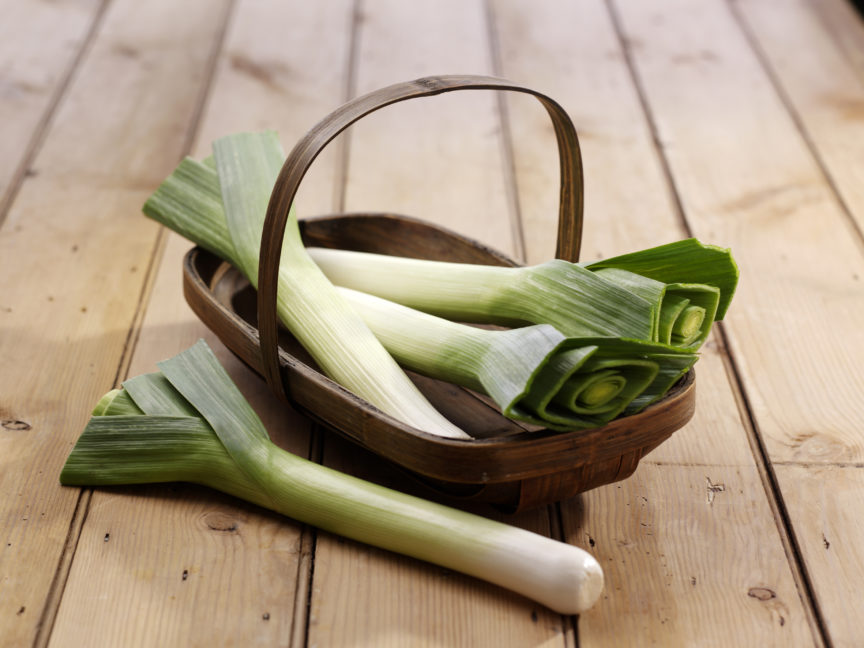 Not everything is at its best in winter, but leeks thrive during the coldest months of the year. As they are packed with nutrients and anti-oxidants they can help stave off winter colds.

At their best from November through to April, the British leek is a fantastically versatile vegetable. A favourite food of the Romans, leeks are lauded in the Bible (Book of Numbers), have been eaten by saints (St. David), worn by the Welsh into battle and are said to possess mystical qualities (according to britishleeks.co.uk, a resource with lots of recipe inspirations).

An herbaceous plant, referred to in some of the world’s great civilisations  such as Assyrian, Egyptian and Chinese, today Indonesia is the leading producer of leek, followed by Turkey and China. Very popular in Europe, where France is the largest producer, they are also grown in Belgium and Poland but Britain has it’s own rich supply.

By chance, as it happens leeks can have a slight diuretic effect, being high in potassium and very low in sodium. They have a very high water content (more than 90%), which also makes them low in calories. They and are a source of soft fibre so the low-cal, high-fibre means that they are good for weight loss. The significant fibre content helps you fuller for longer and boosts your metabolism. The leek whites contain some highly soluble fibres that everyone can eat. The greener parts contain the toughest fibres. Rather well-known for regulating bowel movements, they are gentle enough to suit even sensitive digestive systems.

Leeks can fight chronic low-level inflammatory states such as Type 2 diabetes, obesity and rheumatoid arthritis by virtue of its polyphenol and kaempferol content. The flavonoid kaempferol, which is present in significant amounts in leeks, provides protection to the linings of blood vessels, particularly against free radicals or reactive oxygen species. Kaempferol may also increase the production of nitric oxide in the body, a substance that acts as a natural dilator and relaxant of blood vessels, thereby allowing blood vessels to rest and lower the risk of hypertension.

Another veritable powerhouse from the veggie kingdom, leeks contain a good wallop of vitamin C, which is important in wound healing and collagen formation. The vitamin K present in leeks is used for blood coagulation and for metabolism of bone and connective tissues. The iron available in leeks is required in the formation of hemoglobin. Leeks are also rich in vitamin B9, and vitamin B6.

Leek, commonly referred to as ‘poor man’s asparagus’, can be cooked whole (white and green together), in stews  or use to flavour soups like Vichycoise (leek and potato).  The soft white base can be eaten raw, sliced in salad with some viniagrette. 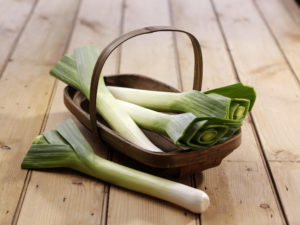 A versatile vegetable, they have a milder, sweeter flavour than onions and a smooth texture similar to asparagus. Pan-fry them with some butter for about 5-10 minutes until tender. Sauté with fennel and garnish with fresh lemon juice and thyme.  Bake sliced leeks in an oven-proof dish, sprinkle with cheese or cover with white sauce and bake for 30-40 minutes at 190°C. Braise by pouring a small amount of stock into a frying pan, add sliced leeks, cover and gently cook for 10-15 minutes. To serve, dust with fennel or mustard seeds as an accompaniment to fish, poultry or steak.