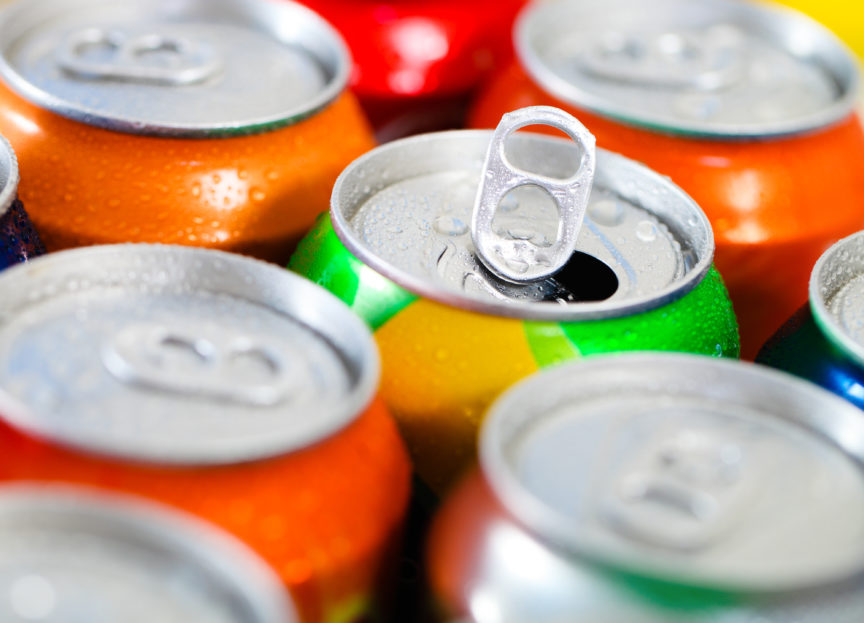 The UK soft drinks industry levy, due to be introduced in April 2018, is estimated to have significant health benefits, especially among children, according to the first study to estimate its health impact, published in The Lancet Public Health in December 2016.

In the study, researchers modelled three ways that the soft drinks industry may respond to the levy: reformulating drinks to reduce sugar content, passing some of the levy to consumers by raising the price of sugary drinks, and using marketing to encourage consumers to switch to lower sugar drinks. For each response they identified a realistic better and worse case scenario for health, by estimating the likely impact on rates of obesity, diabetes and tooth decay.

The study found that an industry response that focuses on reducing sugar content is likely to have the greatest impact on health, with additional benefits if industry increases the price of high and mid-sugar drinks, or can successfully use marketing to persuade consumers to switch to low sugar drinks.

Reduced sugars
The study’s authors estimate that a reduction of 30% in the sugar content of all high-sugar drinks – a step already implemented by some manufacturers – and a 15% reduction in mid-sugar drinks could result in 144000 fewer adults and children with obesity, 19000 fewer cases of type 2 diabetes per year, and 269000 fewer teeth suffering from decay annually.

Passing on half of the cost of the levy to consumers leading to an increase in the price of high and mid-sugar drinks of up to 20% was estimated to reduce the number of adults and children with obesity by 81600, result in 10800 fewer cases of diabetes and 149000 fewer decaying teeth per year. Children are likely to be benefit most, however the study also shows that the health benefits of the tax could be reduced if industry responds by increasing the price across their drinks range (including zero sugar/diet drinks, bottled water, and fruit juice) or if heavy marketing led consumers to switch from low to mid-sugar drinks.

In a statement, the Obesity Health Alliance said: “We’re pleased to see the government move forward with the Soft Drinks Industry Levy which is a necessary measure to help decrease our sugar intake, and reduce the burden of obesity and its devastating health complications. Sugary soft drinks are currently the largest source of sugar for children, and this high sugar intake is driving the deadly obesity epidemic which costs our health service billions of pounds every year. Tackling obesity today will save money tomorrow. We support the Soft Drinks Industry Levy to help protect our children’s future health, and make healthier choices easier for everyone.”

Commenting on The Lancet Public Health’s study, the Obesity Health Alliance added, “This study demonstrates the massive health improvements that will come from manufacturers reducing the sugar content in their sugary drinks. It could mean almost half a million fewer cases of obesity, Type 2 diabetes and tooth decay in the UK every year. We’ve always believed the Soft Drinks Industry Levy will deliver positive health benefits, so it’s great to see even more evidence supporting this. Now it’s time for us to work together, alongside the Government, to ensure the levy is introduced to help make healthier choices easier for everyone.”

Stats on sugary drinks and tax
The irony is how much sugar is in ‘health’ drinks. Today, half (49%) of Brits drink sports or energy drinks, rising to 80% of men aged 16-24. Branded products are currently the most popular variety; however, frequency of usage is low as just 16% of Brits have drunk a branded sports drink, and 12% have drunk a branded energy drink, at least once a week in the past 12 months.

The tax on sugary soft drinks is due to come into effect in April 2018 and the majority of UK sports and energy drink users say they expect their purchasing of these products to be affected as a result of any price increases that are likely to occur according to new research from Mintel which reveals that one in three Britons who drink these would cut back on the amount of sugary varieties they consume if the price were to increase. One in five say they would stop drinking sugary varieties altogether. Only 37% say they wouldn’t change their drinking habits at all.

Looking ahead, Mintel research highlights significant consumer interest in new product innovation using more health-oriented ingredients such as having cold-pressed juice included in these drinks. The research indicates that products made with more naturally-derived ingredients are likely to appeal to consumers. Consumers said that it would be good to know the origin of ingredients used in sports and energy drinks, for instance Sicilian lemons or Brazilian guarana, and they seem interested in reduced sugar sports and energy drinks made with plant-derived sweeteners. In addition, one in five said that energy drinks made with superfood ingredients, for example ginseng, are worth paying more for.

The Obesity Health Alliance (OHA) is a coalition of over 30 leading health charities, campaign groups and Royal Medical Colleges who have joined together to fight obesity.  www.obesityhealthalliance.org.uk